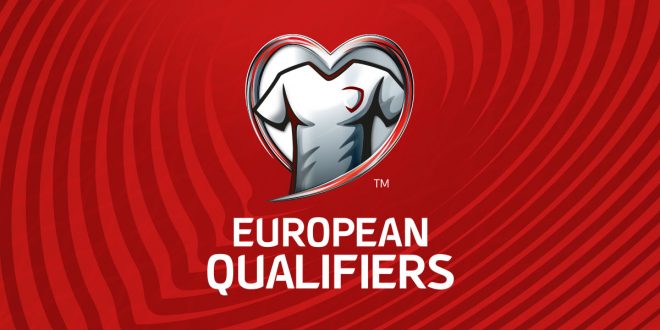 When anthems strike the wrong note at sporting events At its best, sport can promote international harmony, but that was not the case at the Stade de France where the  hosts played the Andorran anthem for the Albanian team.
The visitors refused to kick off their Euro 2020 qualifier on Saturday night. When their demand was met, they beamed, sung, celebrated and started the match, which they lost 4-1.
“It was a big thing,” said Albania’s Italian coach Edoardo Reja.
Anthems, and other national symbols such as flags, are an inescapable part of international sports.
Yet with surprising frequency, teams solemnly lined up for anthems register surprise or outrage when they find “they aren’t playing our tune.”
On Saturday, the hosts played the anthem of Andorra, the next visitor to the Stade de France, a tune unlikely to cause political offence to anyone.
Sometimes the errors are understandable. Slovenia’s anthem played after a Slovakian victory at the ice hockey world championships. Other incidents have struck a political nerve.
The often-changed Russian anthem has caused frequent problems. Russia adopted Mikhail Glinka’s ‘Patriotic Song’ in 1991. Nine year’s later, after the election of Vladimir Putin, Russia reverted to a modified version of the old Soviet anthem, retitled ‘State Anthem of the Russian Federation.’
Russian athletes have become adept at singing the latest version.
After the wrong anthem was played at the biathlon world championships in Hochfilzen, Austria, in 2017 the winning quartet took a microphone and sang the correct version. Two years earlier, Russian media, reported the women’s under 18 ice hockey did the same at their world championships in Buffalo.
Three years later, after the USA beat Russia in the quarterfinals of the under-18 men’s ice hockey world championship in Chelyabinsk in Russia, they lined up to hear an unrecognisable and curtailed version of a tune that might have been the Star Spangled Banner. They responded by singing themselves.
The 2003 Davis Cup final between Australia and Spain almost provoked a diplomatic incident.
The hosts hired a famed local jazz trumpeter, James Morrison to play the anthems. When he played the pre-civil war Himno de Riego instead of the Marcha Real, Spain’s secretary for sport, Juan Antonio Gomez Angulo, in Melbourne for the event, ordered his team to refuse to start until they had received a formal apology for “this intolerable offence”.
In 2015, Armenian media reported drily that at the youth championships for Sambo, in Serbia, the Azerbaijani winner had to listen to the Armenian national anthem. The two countries are officially at war.
When Uruguay played Mexico in Phoenix in the Copa America, their anthem was replaced with that of Chile. Television images showed star striker Luis Suarez angry on the Uruguayan bench.
Organisers blamed “human error.”
It could have been worse.
At a shooting competition in Kuwait, Kazakh winner Maria Dmitrienko listened straight-faced to “Borat: Cultural Learnings of America for Make Benefit Glorious Nation of Kazakhstan” a parody anthem from the Sacha Baron Cohen film Borat downloaded by mistake from the internet.
Sometimes it is not enough to play the right anthem. It has to be played right.
For the London Olympics the organisers had the seemingly foolproof idea of hiring the famous London Philharmonic Orchestra to record all the anthems at the even more famous Abbey Road Studios.
The reviews were not all positive. After winning a fencing gold and hearing their anthems, the Hungarians politely requested a change.
“The rhythm and tones were off,” said Jeno Kamuti, chief of the Hungarian fencing team.

Previous Smith the difference against an England that needs changes
Next Trump calls off secret summit, talks with Taleban