Home / உலகம் / Smith the difference against an England that needs changes 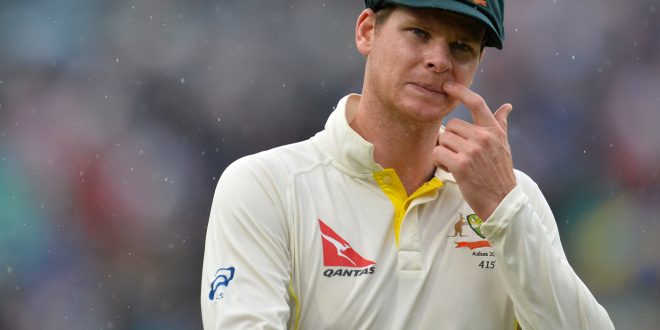 Smith the difference against an England that needs changes Australia look like a team that is well set

Having missed their chance at Headingley, Australia made sure they retained the Ashes with their 185 run victory over England at Old Trafford on Sunday and no-one could question they deserved it.
One final test remains, at The Oval starting on Thursday, and while England might be able to summon up a way to win and level the series, like the heroic win in Leeds two weeks ago, that would merely paper over the cracks.
Australia look like a team that is well set, with perhaps a couple of upgrades, to become a powerful force in the long-form of the game for several years.
England on the other hand are at a cross-roads, needing to solve a series of problem areas and find the talent that can ensure that the next series – in Australia in 2021 – is one they can win.
Australia have certainly sorted two of the key roles needed for a successful test side.
“We’ve got the best fast bowler in the world and the best test batsman in the world,” said Australia coach and former opening batsman Justin Langer.
This test proved that the ICC rankings, which have Steve Smith as the top test batsman and Pat Cummins the leading bowler in the format, do not lie.
Smith scored 211 in the first innings, batting at times in chilly, blustering winds with frequent rain interruptions, and then 82 while his team mates struggled second time out.
The Australia number four has simply never failed in this series – incredibly, 82 was his lowest score.
In his five innings he has scored 671 runs at an average of 134.2 with three centuries and two half-centuries.
Those numbers are remarkable enough but when you take in the context that he was returning after a 12 month ban from the game and then missed the Headingley test after being struck on the head by England paceman Jofra Archer, they are astonishing.
There are more spectacular big-hitters and perhaps more elegant stroke-makers but Smith has the age-old test cricket asset of being able to quietly accumulate runs in long sessions against both pace and spin.
“I thought Virat Kohli was the best batsman I’ve ever seen because of the way he plays in all forms, but Steve Smith… that’s another level,” said Langer.
“He’s a great problem solver. His hunger for the game, I’ve never seen anything like it,” he added.
BALANCE IN ATTACK
Cummins showed with his seven wickets in this test that he is a top quality pace bowler and he is benefiting from being part of a well-balanced attack.
Mitchell Starc and Josh Hazlewood both performed well at Old Trafford while Nathan Lyon asked questions with his spin.
In contrast, England’s bowling attack, sorely missed the contribution of their all-time wicket-taker James Anderson, who has been injured since the first test.
But the real problem remains their upper order batting where they have yet to find a stable opening partnership in a team that seems top-heavy with attacking middle-order batsmen.
Questions will inevitably be asked about whether Joe Root, whose batting quality is beyond dispute, is the right man for the captaincy role.
Certainly the way England seemed to let the match drift at times in the first two days suggested the need for a more assertive approach but it would be unfair to put the entire blame for that on their captain.
What is undoubtedly needed is for England, who had put so much emphasis on and preparation for the home World Cup that they won in July, to refocus on the test game.
As much as it might be denied, it has surely been tough for players to switch formats so quickly and the workload has been heavy for paceman Archer.
Former England captain Michael Vaughan believes there needs to be a major review of the state of the team after the Oval test.
“I think it’s time to have an assessment of the test team, work out the direction it wants to go, under what leadership and coaching, the style of cricket they want to produce, and I’m sure over the winter months we’ll see a different look to the test team,” he said.